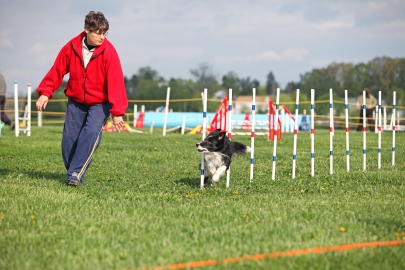 Janet has competed and been successful in many dog sports including obedience, tracking, flyball, herding, disc dog, and dog agility since acquiring her first Sheltie in 1981. She began instructing obedience in 1983 and moved on to exhibiting and instructing dog agility (group, private, and seminars) in 1989.

An active judge, Janet has been judging dog agility since 1990 both in the U.S. (USDAA, AKC) and abroad  (IFCS, FCI, ADAA, BKC) and has judged multiple National competitions and world team selection events.  An active exhibitor as well, she has been  a semi-finalist at Cynosport (aka the USDAA Nationals)  most years since the mid 1990s and has made finals with her Sheltie Sam and her Border Collie Legend.

And finally, Sequel’s son BWBC Legacy (BWBC Sequel x BWBC Finale) blasted through Starters & Advanced in Spring 2018 making into all Masters by Fall 2018.  He is also well along in his trick training and foundation work for agility, herding, and rally ! 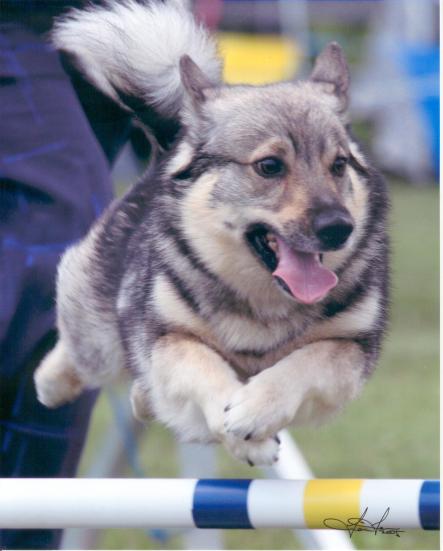 Doreen and Janet at Cynosport Nationals 2013

Janet and Johnny B (Sagehill Legend x BWBC Rosa) celebrate the end of a good Masters Standard run. JB took Top 22″ in team and #2 in Triathlon at the 2019 Mid-Atlantic Agility Showcase. (Photo Credit: Vicki Vellios Briner for Patriot-News and PennLive).

Sequel stretching out over a Long Jump